#BeingtheChange: The story of the friendship between a Spiti stray dog and a Dutch girl

In 2015 I travelled to Spiti Valley to conduct a 6 month internship with Ecosphere. Half a year later I found myself traveling back to the Netherlands with not only a load of experiences and lovely memories but also a dog! 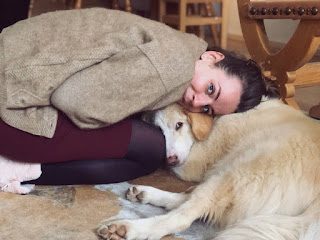 Within the first weeks of my stay in Kaza I was roaming the streets when I suddenly heard some distant whining coming from a small garbage dump. I already knew of a mother dog and two puppies living there, as I had been feeding them biscuits and milk before. So I hurried down to the place where the sound came from.

A tiny white fluffy puppy sat there, whining and wagging her tail at the same time when she saw me. I picked her up and immediately found my hands covered in blood. Turned out the puppy had a deep cut halfway around her neck. I rushed her to the local vet, and while I held the puppy down, he stitched the wound. Because the wound needed daily care and the puppy needed supervision as she was stubborn and tried to get rid of the stitches all the time, I decided to take her in. 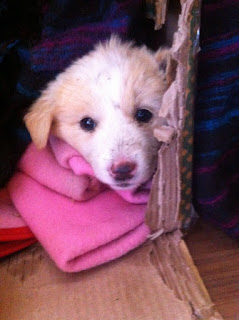 The Ecosphere staff gave me permission to let the puppy live with me in one of their rooms, proving yet again to have a huge heart for not only the humans but also animals within their community. Together we gave the puppy a name: Zema. Pretty little Zema. And we took in her brother too who we found abandoned in Kibber to live with Ishita and the Ecosphere staff. We named him Zikpo. Handsome little Zikpo. 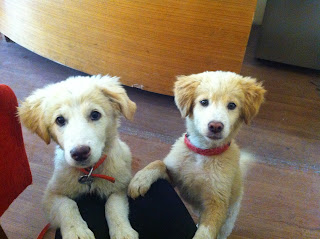 Fast forward to 2020. After living in Spiti and later on Delhi (thanks to the help of Ecosphere’s volunteer Mayank) Zema is now living with me in the Netherlands. She’s travelled eleven countries with me so far, but her most favourite place in the world is at my animal sanctuary. 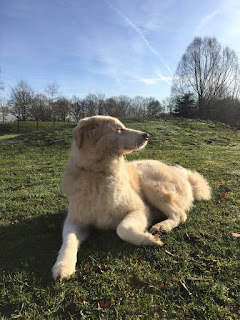 She’s made friends with the sheep, the alpaca’s, the horse, the calves and even the cat! She’s a smart little girl, knowing at least 20 different commands (although she doesn’t always listen to them..) And she’s the most loving and funny shadow one can wish for. Who could have thought that a Spitian dog would end up like this. I wish all the dogs in Spiti to find a home and companionship like Zema did. 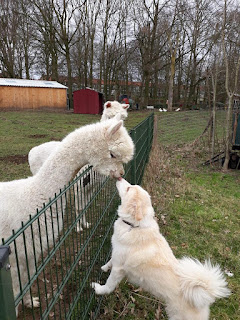 About the Author: Laurijn did a 6 month internship with Ecosphere in 2015.

Our heartfelt thanks goes out to her for being so compassionate and Making a Difference to the lives of Spiti Strays.