A Big Thank You to all our travellers and volunteers, for being a part of our journey during the year 2018. Your travels to Spiti, the kindness you shared, inspires us and enables us more & more every year to do whatever little we can to bring an improvement in the lives of those in Spiti. Heartfelt thanks and gratitude for travelling with us and taking out time to volunteer with us. We would like to share what you helped us do.


10 Families have access to Green Vegetables through the Year

We built 10 greenhouses across Spiti this year with the help of volunteers. Add this to a count of 130+ greenhouses already in Spiti. We now have 140+ families and institutions eating green veges throughout the year enabling them to have better access to nutrition. Have a look at this video of one such greenhouse. 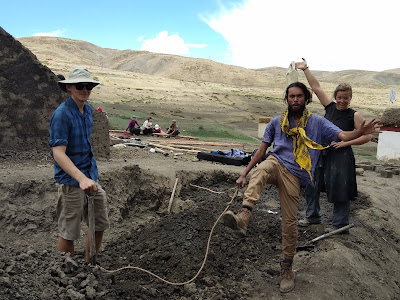 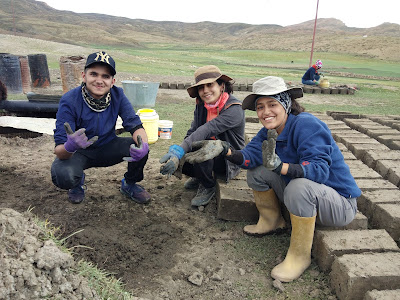 Volunteers building mud-bricks for a greenhouse in Lower Langza

Pangmo Village now has access to Drinking Water through the Year

Spiti faced a drought during the summer of 2018 and a number of villages lost their entire pea crop which is in most cases the only source of income for the local community. Pangmo village ran out of drinking water in the summer a problem that only afflicted them in the winters. In 2017 we had installed a solar water pump, so they could have drinking water in the winters. Fortunately the pump came to their rescue and the village and nunnery were able to have access to at least drinking water this summer. 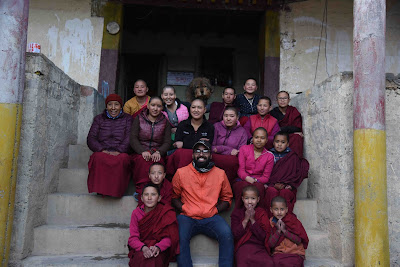 Given this problem is only growing in Spiti valley, in 2019 we plan on helping 4 more villages to have a year round access to drinking water something that we in the cities take for granted. 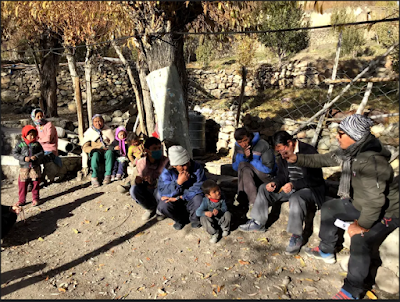 Meeting in Lara Village to discuss the issue 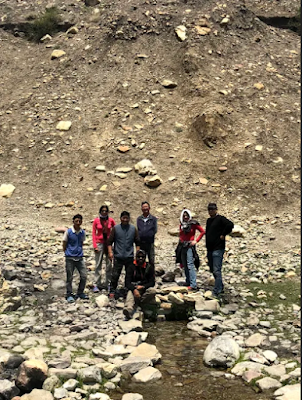 During the winter of 2017-2018 we received no snowfall in Spiti – an occurrence that has made history. Lower and lower amounts of snowfall every year is resulting in the ground water levels to drop in Spiti. As a result springs are drying out which are the main water sources for a number of Spiti’s highland villages. In 2017 we built a series of check dams with the help of volunteers behind which water has frozen forming a river of ice similar to a glacier. 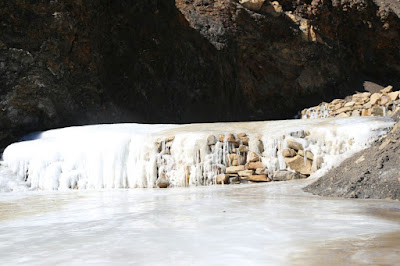 In 2018 we took that one step further and dug contour trenches along the spring recharge zones of Demul Village with the help of Volunteers. Have a look at this video. 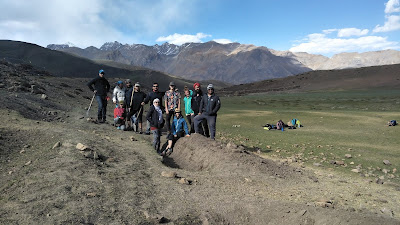 Medicine for special cases such as epilepsy, CP, Hepatitis B are not available in Spiti. These medicines are often expensive and patients cant afford them or even if they can, they don't have access to buy them. As a result medical issues are often ignored and no medication is taken. With the help of volunteer doctors we were able to bridge this gap, diagnosis and appropriate medication was prescribed and we were able to support the year round medicines for 9 such cases. We also had individuals that came forward to support medication for some of the Hepatitis B cases. 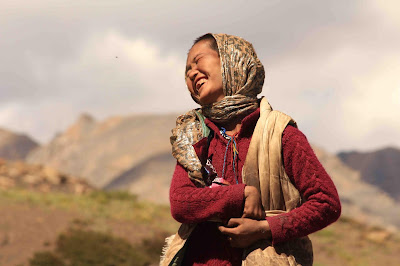 Sonam Dolma suffers from epileptic fits and reduced movement in her right hand.
With medication the frequency of her fits have reduced.

If you’ve visited Spiti with us, you will know Norbu – the person behind the scenes that manages it all. And during his free time (which trust us he gets very little off) he is a practicing Amchi (a traditional doctor). This is a practice that has been carried down from generation to generation and dates back many 100 years. He learnt it from his father who was a famous Amchi of Spiti. Norbu has been practicing for the past 3 years and his skills as an Amchi, ability to diagnose accurately and treat diseases has earned him a lot of repute in the valley so much so that his patient base has grown from less than 200 to over 2000 in a matter of just 2 years. 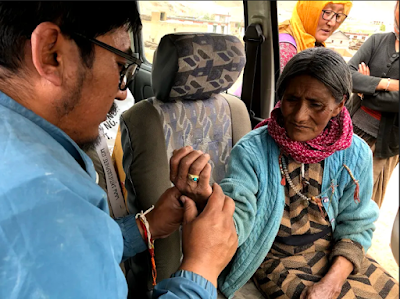 
It is now customary that if Norbu goes to any village there is a line up of patients waiting to meet him. In the middle of meetings, or building greenhouses and digging trenches patients will come requesting for treatment. He cannot refuse even though he realises this patient base is now way beyond his ability to manage financially. The medicines made from herbs require a lot of time and money to collect/buy and make. As per traditional custom an Amchi does not charge for this services or medicines. Even when offered, Norbu refuses to take any money from the local community. Realising the great service he was struggling to keep doing, Ecosphere decided to intervene and take this financial burden off this shoulders and help him financially to procure herbs and make his medicines.

In 2019 we plan on holding regular camps across the valley to enable access to alternate and preventive healthcare.


Art that will Inspire the greatest of Artist

During our health assessments across the Spiti valley in 2017 we met with Phunchuk. Disability had crippled his legs, right arm and his speech when he was a child - however nothing could stop Phunchuk. He sits at home all day and everyday. On of our visits we were amazed to find that he loves to draw and colour. So we got him a colouring book. 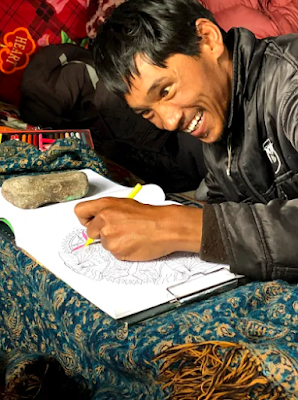 We didn't know what to expect - but what he made after a few days with a set of crayons and his left hand - had us all in awe. 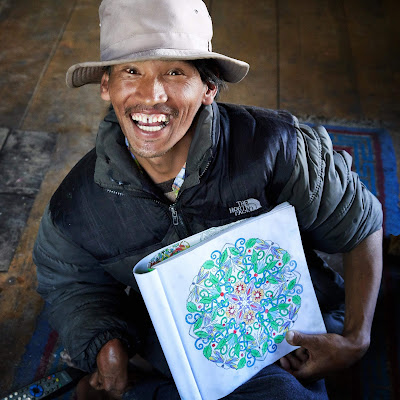 In 2019 we are publishing a series of postcards for sale, proceeds from which will go towards helping him fulfil his dreams of buying a laptop. Many thanks to Bhavya who will be helping us design these postcards.

We converted 12 winter rooms into passive solar rooms this year. This will enable 12 families to reduce upto 60% of their fuelwood consumption reducing a large amount of money spent on buying wood that comes all the way to Spiti in large truckloads just before the onset of winter. Over and above the saving on fuelwood, each household will reduce their carbon emissions by over 2000 kgs of CO2/ annum. Add this to the tally of 527+ solar passive rooms already modified and we have had an estimated reduction of over 10,00,000 kgs of CO2/annum from Spiti this year. 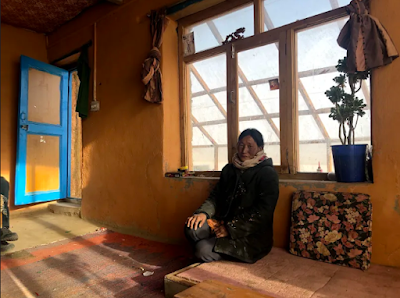 One such passive solar winter room

In 2017, Ecosphere initiated the #Ilovespiti campagin with a group of passionate volunteers to spread awareness amongst tourists and locals regarding the environmental and health impact that a commodity like plastic bottles pose. We created an installation with plastic bottles proclaiming our love for Spiti. 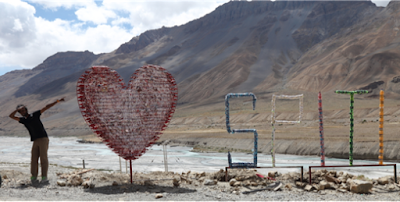 This year once again volunteers spearheaded the campaign led by Michael our oldest volunteer (not in age but in number of years volunteering in Spiti!) who took it to another level with volunteers Nikhil and Paromita. Together they collected over 10,000 bottles from the valley and brought in a plastic shredding machine so that the plastic can be shredded and taken out of Spiti. Kudos to them! 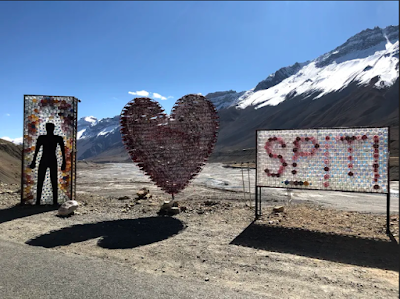 In 2019 we will be setting up refill points across the valley at key points where travellers can refill their bottles enabling a reduction in waste from plastic water bottles.

Photographers for a Cause


Saurabh Narang, a well know photographer and more importantly a volunteer began this movement in 2017. In 2018 we had 2 renowned photographers, Tathagata Das & Bastien from France that volunteered to help capture our initiatives and help further the cause. Many thanks to both of you. 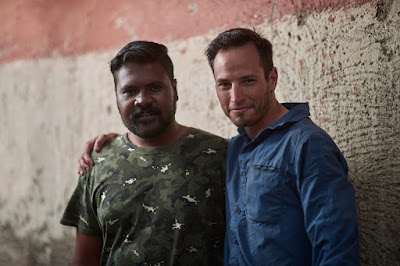 Further to this Saurabh and Tathagat will be running Photo trips for a Cause with us in 2019 – proceeds from which will go towards enabling us to Light up more Lives in Spiti Valley.

Sol Cafe - our cafe with a cause


Sol cafe shifted to a much larger and brighter space this year. It was buzzing with travellers, volunteers and locals. We had movie nights, cook like a local lessons, meetings and discussions, movie Sundays for the local kids, and much much more. Thank you to each of you Sol Volunteers that made this possible and helped shape Sol Cafe this year - George, Lakshmi, Avni, Shatakshi, Megha, Laurijn, Mrignaina, Paromita, Pratyusha, Sushmita, Damini, Shivani. 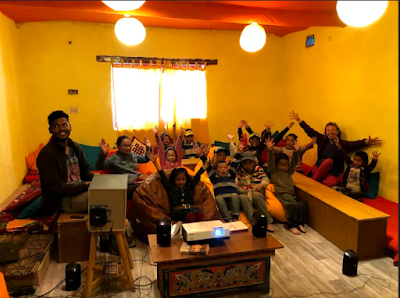 Movie sundays for the kids of Kaza 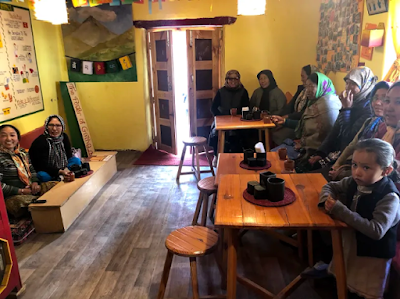 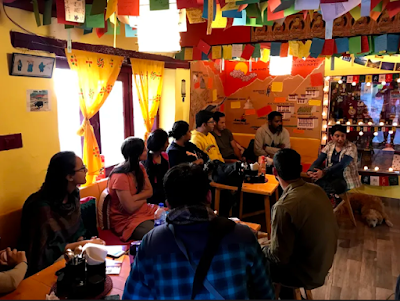 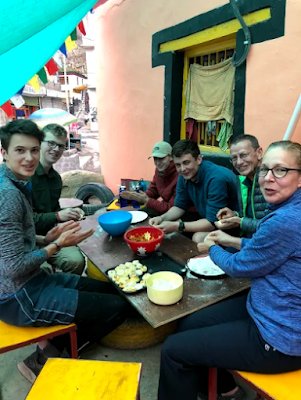 
A special thanks to all our volunteers and especially those that worked behind the scenes to keep Taste of Spiti and Osel rooms – our Home – up and running. A big thank you to Shantanu, Sanjay and Nischal.

Last but not the least - Team Ecosphere - nothing is possible without this awesome team of dedicated and hardworking people. 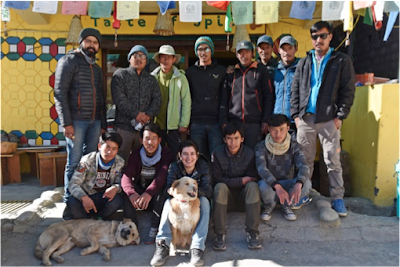 Kindness is the language of the heart that doesn't need words to communicate.
Lets together keep growing this love and kindness.
We are forever indebted to all of you for enabling us to do what we do.