My Mountain Cuppa - Journeys through Film 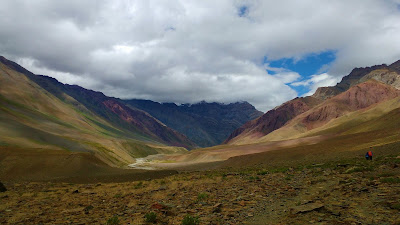 Those who love the mountains always find a way to get to them. But the pandemic has put a halt to all travel plans. Now all you can do is indulge in reminiscence, ‘Last year. This day. The best mountain view.’ And slowly, even those memories are fading away.

But we don’t want you to forget the mountains or fall short of mountain dreams.  So get ready to be transported back to the hills with these captivating mountain movies. They are magical, they will take you where you have been or where you could be. They are the stories of passionate travellers and true mountain lovers.

Are you ready with your cuppa?

If you haven’t seen Everest then we highly recommend it. This film is based on Jon Krakauer’s bestselling book Into Thin Air, which captures the real events of the 1996 Mount Everest disaster. Through beautiful story-telling and direction, Everest highlights the survival attempts of two commercial expedition groups led by Rob Hall and his rival Scott Fischer (played by Jason Clark and Jake Gyllenhaal). Krakauer was, in fact, a part of Hall’s expedition as a journalist for the Outside magazine. Sadly, the expedition turns into a tragedy due to sudden turn of events.

This film also reveals how amateur mountaineers join such dangerous expeditions and put their and other climber’s lives at risk. Also, did we forget to mention the recent Everest traffic?


Christopher McCandless. Sounds familiar? Into the Wild is based on the true story of Christopher “Alexander Supertramp’ McCandless. Emile Hirsch, through a spectacular performance, portrays McCandless who set out on a journey without any money and hitchhiked across North America into the Alaskan wilderness. McCandless stayed in the famous Fairbanks city school bus for 114 days before dying. And just recently, on June 18, the Alaska National Guard airlifted the bus out of the wilderness via a helicopter, stating that the bus had turned into a dangerous attraction for adventure seekers.

Into the Wild is a perfect example of a wanderlust losing its way. Watch. Learn. Unlearn.

Not many have heard of this Indian film, yet it is a must-watch solely for the inspiration that one draws from it. This film revolves around the story of the youngest girl, Poorna Malavath, belonging to a Telugu-speaking tribal family, who climbs Mt Everest. It is a simple and straightforward tale of an incredible journey. Watch it for woman power, for much-needed motivation and for the love of mountains. 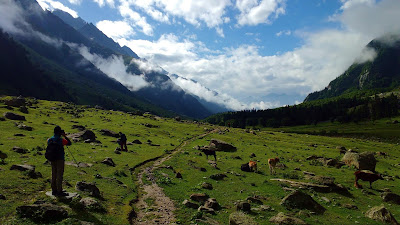 Written and directed by Imtiaz Ali, this film showcases North India in its most raw and honest form. The journey of the actors, Alia Batt and Randeep Hooda, is beautiful and leaves you wanting more. Watch this film to get immersed in the majestic locations of Aru Valley in Kashmir, Spiti Valley in Himachal and also, Punjab and Rajasthan. Highway is a delight for travel and mountain lovers. Also, the music of this film is one to watch out for.

“The mountains we climb are not only made by rock and ice but also dreams and desire.” Narrated by William Defoe, this movie is a perfect combination of mountains and poetry. Through breathtaking cinematography, director Jennifer Peedom takes us around the world and displays some of the tallest mountains in its full glory. There is certainly a relationship between humans and mountains, and Mountain displays it wonderfully well. Watch this documentary movie and see what really goes on behind the climb.

This film has the hills, war-drama, the beautiful Brad Pitt and the spiritual life of the 14th Dalai Lama, who is still a boy. The biopic is based on the life of an Austrian climber, Heinrich Harrer (Pitt) and Peter Aufschnaiter (Thewlis) who start their journey in British India (now the area of Gilgit-Baltistan administered by Pakistan), end up in a Dehradun prison and escape to Tibet, Lhasa where Harrer becomes a close friend to the young spiritual leader. Wonder what that would be like?

There must have been times when you felt like just packing your bags and heading into the wild? Well, this is a story of someone who did just that. Wild is based on the real-life story of Cheryl Strayed who sets off on a 1,100 mile Pacific Crest Trail after her mom passes away.

Reese Witherspoon plays her character to perfection sporting ill-fitted hiking boots and a huge backpack. Something that speaks the story of most first-time hikers. But Wild is just not that. This movie takes us deep into so many emotions that Cheryl experiences on the road to self-discovery and acceptance. Watch it, if you haven’t already.

What began as a fun journey with a friend, later turned into a revolution. Yes, we are talking about the famous Ernesto "Che" Guevara (Gael García Bernal), who goes on road trip across Latin America with his dear friend Alberto Granado (Rodrigo de la Serna) and learns about the political injustice.

The Motorcycle Diaries is a biopic of the written memoir of 23-year old Ernesto Guevara, who would years later become the famous Marxist guerrilla leader and revolutionary Che Guevara. Director Walter Salles not just captures the becoming of Che but also, takes us through the Andes mountain range, Machu Picchu and even the leper colony in Sao Paolo. What’s not to love about this movie!

In the mood for a dramedy that's also a travel film? Then The Darjeeling Limited is excellent viewing! Directed by Wes Andreson, this film will take you on a road trip across India. Mostly shot in a train, it’s a story of 3 brothers who decide to go on a spiritual journey to rediscover their lost bond. The tight space of the train is beautifully matched against the open Indian terrains. This film has the quirk, the bustle, the magical Rajasthan and of course, beautiful landscapes. 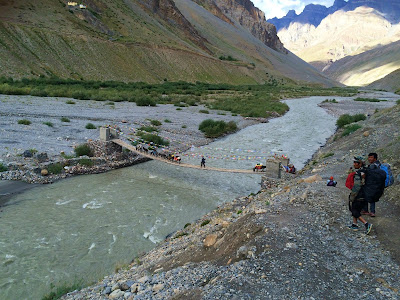 Walter Mitty is a visual delight for all the wanderers out there. It’s a movie that speaks to those stuck in the rut of corporate jobs, wanting to break free from the mundane. We can’t imagine anyone better than Ben Stiller playing the part of Walter Mitty.

This movie is real and unreal at the same time. Going from daydreaming to actually living the life one sees on movie posters! The wanderlust in you will love this movie. After all, who doesn’t love to chase that perfect picture and while on the journey, witness the beauty of Greenland, Iceland, and even the Himalayas!


Avatar is an epic science fiction film that takes you on the journey of self-discovery, revolving around imperialism and ecology. Even though this film is not about travel, it is set against the beautiful backdrop of the Hallelujah Mountains and holds a very important message. Writer, director, producer, and co-editor James Cameron gives us a glimpse of a harsh future where humans have depleted all the natural resources, leading to severe energy crisis (something, that is already happening).

The peaceful blue-skinned humanoids fighting it out to protect their home to the selfish reality of mining expansion, this film throws light on mechanized warfare. Given the times we live in these days, it’s important to sit back and think, ‘How can we really protect our future?’
Gringo Trails (2013)

In the end, we want to leave you with Gringo Trails. This documentary film traverses Bolivia’s Salt Flats, Deserts of Mali, Thailand’s party islands, and the mountains of Bhutan. It illustrates the effects of travel and tourism, both negative and positive, on the environment, communities, and culture as a whole.

Touching upon different points of view, it shows how due to the growing travel scenes across the globe, even the most remote areas have now become home to millions of travelers. This film also shares interesting examples of sustainable traveling, ecotourism initiatives, and travel policies by different countries. Something that will inspire all us to become thoughtful travelers.


Priyanka Thakkar is a wander woman at heart, loves deep conversations, and believes in the power of goodness. Her love for writing made her take up copywriting as a profession and today, she leads a creative team in an ad agency based in Gurugram, India.

She loves to travel and every year, like a ritual, goes on a long vacation to nurture her soul. So far, she has covered 12 amazing countries and counting. She believes that travel can expand one's life and transform any heart. Follow her journey @travelpritara